Born in Shunde, Guangdong in 1948. In early ages received home education and developed interest and love for the calligraphy under the influence of his family. He practiced the calligraphy by copying the models of different styles and ages, starting with Ming and Qing Dynasties, later turning to Yuan, Song, Tang, Jin, not sticking to any one style, but combining them all together, learning from great masters of the past. Especially diligent in studying running-cursive script xingcao, he developed his unique style due to all this hard work. Vibrant and peaceful brushwork of Hua Ge became popular among all circles of Hongkong, he was commissioned to write logos in his unique calligraphy style for numerous institutions and companies such as Maxim’s Caterers and Fu Lum restaurants, Royal Plaza Hotel, Royal Park Hotel, Wa Ying College, Ying Wa Primary School etc. Since 1980s Hua Ge has been writing calligraphy for movie posters of Hongkong movie companies. 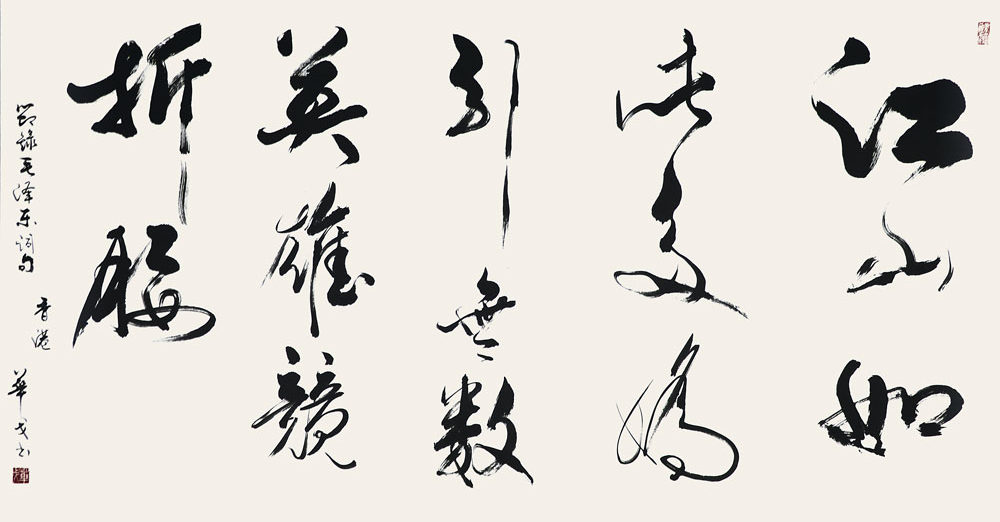 Snow white under the Sun bright What a fascinating sight. The nation’s charming and fine For it countless heroes are willing to die